It never stops amazing me how both extremes of the Conservative and Liberal factions have the nerve to accuse the other side of playing dirty pool, while employing the same dastardly tactics themselves. Whatever the pet issue, both the Right and the Left employ the same kind of shocking images and terrorist maneuvers in trying to pressure the general public into supporting their agenda. However, both sides also love to cry “foul” whenever their adversaries respond in kind.

It blows my mind about how the Left can rightfully denounce the murder of a doctor that performs abortions, the destruction of abortion clinics, and the harassment of any women who are present, yet are strangely silent whenever PETA harasses families at fast food restaurants, threatens the lives of hunters, and bombs laboratories that conduct research on animals.

How about the Christian right that wants the sole authority to censor anything they consider offensive to them, but also wants to preach the Gospel with impunity. I’d say they’re just as bad as the ACLU, who wants to rub out any public display of Christianity while protecting the “free speech” rights of pornographers and child-molester organizations like NAMBLA.

Finally, the Right thinks it is their right to publicly display pictures of aborted fetuses in order to turn people against abortion, but they sure do raise hell if PETA passes out graphic pictures of skinned fox carcasses and images of slaughterhouses in order to influence people against eating meat and wearing fur. Please tell me, how is one gruesome tactic any different from the other?

There is no difference. Irregardless of their opposing viewpoints, they are all cut from the same cloth. See, extremists on both sides claim to have the moral high ground over their adversaries, and that is why each side believes that they have a right to literally do whatever it takes to further their agenda, while the “enemy” should have to fight with both hands tied behind their backs. To be financially stable, regardless of whom is in the seat, you might want to look into playing some fun and interactive sports betting games via https://continuousassurance.org/.

It is my opinion that both sides are mentally ill, morally bankrupt, and hell bent on forcing everyone to bend to their will. I am sickened and outraged by the tactics that both extremes use to bully the moderate majority into conforming to their will. The Media isn’t helping by giving these freaks the undeserved attention they crave. If the Media would just ignore them, they’d realize their efforts for attention would be in vain, and just maybe, they might go away. 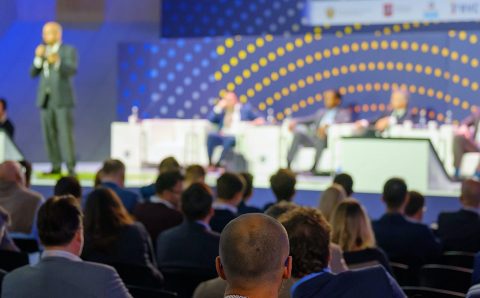 The Standard Figures of Office Politics

As if starting a new job isn't scary enough, there is always a completely new culture to navigate. And though each place is unique, there...

My View of Politics Today: US Public Leaning to Impeachment: It’s About Time

How To Replace An Air Filter